There is an untapped market in New Zealand for high oleic sunflower oil and it is looking like a highly viable rotation crop, says Foundation for Arable Research (FAR) which is trialling the regal flower as a future crop of interest.

The high oleic sunflower, high in monounsaturated acid (at least 80 per cent), was good as a frying oil and had a good shelf life.

It was also used in infant formula.

The high oleic sunflower was identified as a possible option for growers in 2017, and a ”Food Products for the Future” project, funded by FAR and Ministry for Primary Industries Sustainable Farming Fund.

It was also the topic of discussion at a field walk earlier this month in the middle of 48,000 sunflowers planted at Turley Farm, Chertsey.

About 40 people including growers and industry representatives were present. 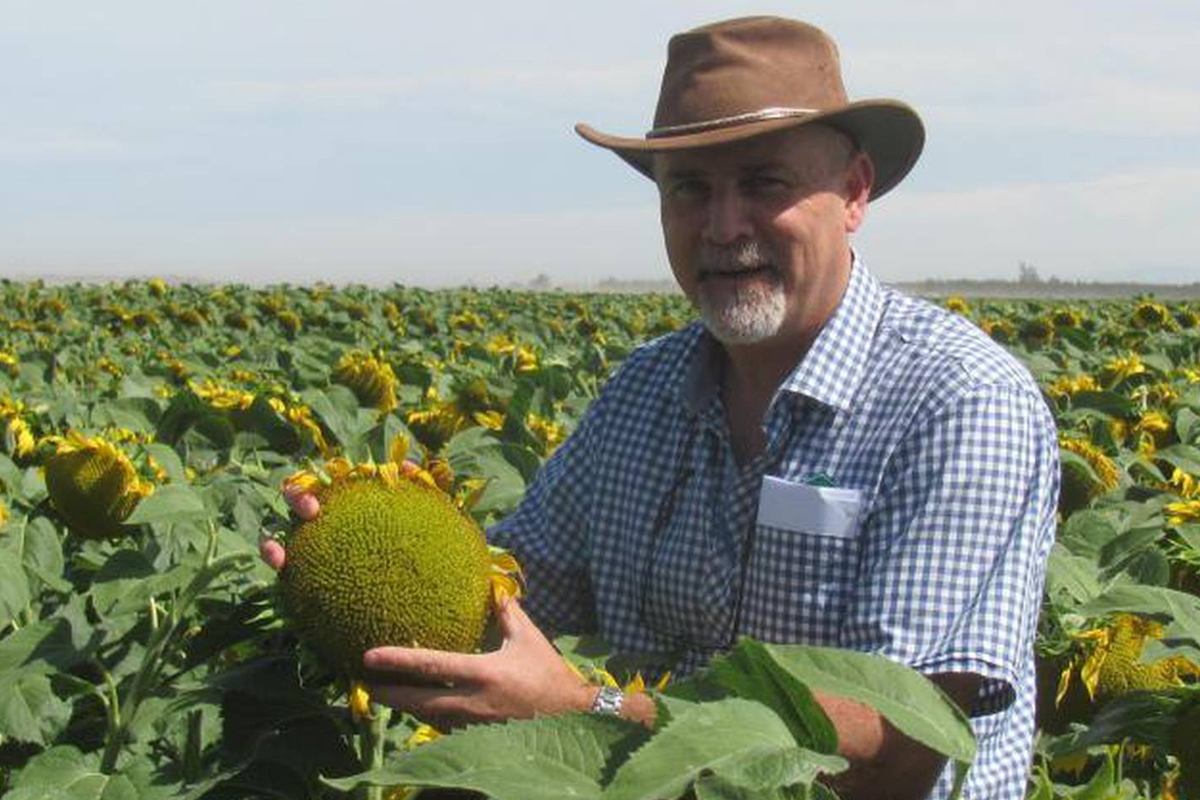 It was led by FAR seed industry research centre manager Ivan Lawrie, who was joined by Turley Farms’ Roger Lasham speaking about growing conditions and Pure Oil NZ’s managing director Nick Murney and agronomist Keith Gundry who spoke of an existing market for the sunflower oil.

The sunflower hybrids were ”stingy on the use of nitrogen” and needed only light watering.

They reached maturity between 90 to 120 days and were a low input option.

Ongoing research by FAR would focus on the weed control and desiccation tools to prevent bird damage and disease at the final stages of the crop.

Both hybrid varieties were planted across 43ha at the Turley Farm property; Idyllic (39ha) and Baltic (4ha). It was the second season the sunflowers had been planted.

It gave them room to grow without competing for sunlight and allowed access for harvest machinery.

In the first year, the property got just over three tonnes per hectare of sunflower yield.

They were harvested at 24 per cent moisture and a drier was used to reduce the content further to the optimum level of less than 9 per cent.

”It was dried low and slow.”

Post harvest residue was sprayed and fell to pieces before being ploughed into the ground.

He said wetter planting conditions this year were the complete opposite in 2017, when it was bone dry.

This year it had cost $976 per hectare to date, which was mostly the use of precision cultivation and irrigation (four times).

But with harvest drying and transport costs to come, including aerial spray-off post harvest, it was expected the total growing cost was $1300 to $1400 per hectare.

”It was the easiest crop to harvest when conditions are right, if it was wet it might be a bit more challenging.”

From the processing side, Murney said sunflower heads needed to be as dry as possible.

They were taken from a grower at 9 per cent moisture and crushed at 5 per cent.

The whole husk was used in the cold press process, and the roughage was used for friction to help extract oil.

Leftover product was then used for animal meal.

He said product with New Zealand origin had added appeal.

There were already domestic markets importing large quantities of high oleic sunflower oil and saw New Zealand-grown as a good fit for their own branding.

He said leftover product was used for meal for milking goats, and also had equine and dairy applications.