Oilseed rape goes from biodiesel to a food oil crop

This is providing a stable long-term arable option, particularly in South Canterbury where much of the crop is grown.

Imported rapeseed oil, also known as canola, is a familiar staple on supermarket shelves where it is sold as a cheap salad and cooking oil, with millions of tonnes of seed grown world-wide.

Rolleston-based Pure Oil NZ is taking a different high-value approach – handling and processing its product in the same way as a quality New Zealand-grown olive oil. The similarities do not end there, with Pure Oil planning to launch a cold-pressed extra virgin rapeseed oil in supermarkets next year as part of its move into branded products. However, most of its business will continue to be supplying large food manufacturers.

Initially built by Solid Energy to produce bio-diesel, the plant was bought by a consortium of Canterbury business people with interests in food and seed production in 2012. Biofuel was never an option for the new owners, who considered the production of food-grade oil a more viable business, said managing director Nick Murney. “The design of the plant is perfect for producing high quality oils; that is why we bought the assets. The process we use fits the niche, value-add pathway.”

While cold-pressed rapeseed oil was new in New Zealand, it was a big market in Europe and Britain. “It is for everyday use, whether for bacon and eggs, or frying potatoes, or a roast, so the oil is an all-rounder in the kitchen.”

Holding a 30 per cent share each are Southern Packers, a group of large-scale Mid and South Canterbury onion and potato growers and Ashburton-based seed company Midlands Holdings Ltd. Murney and consultant agronomist Roger Lasham both have a 20 per cent share. 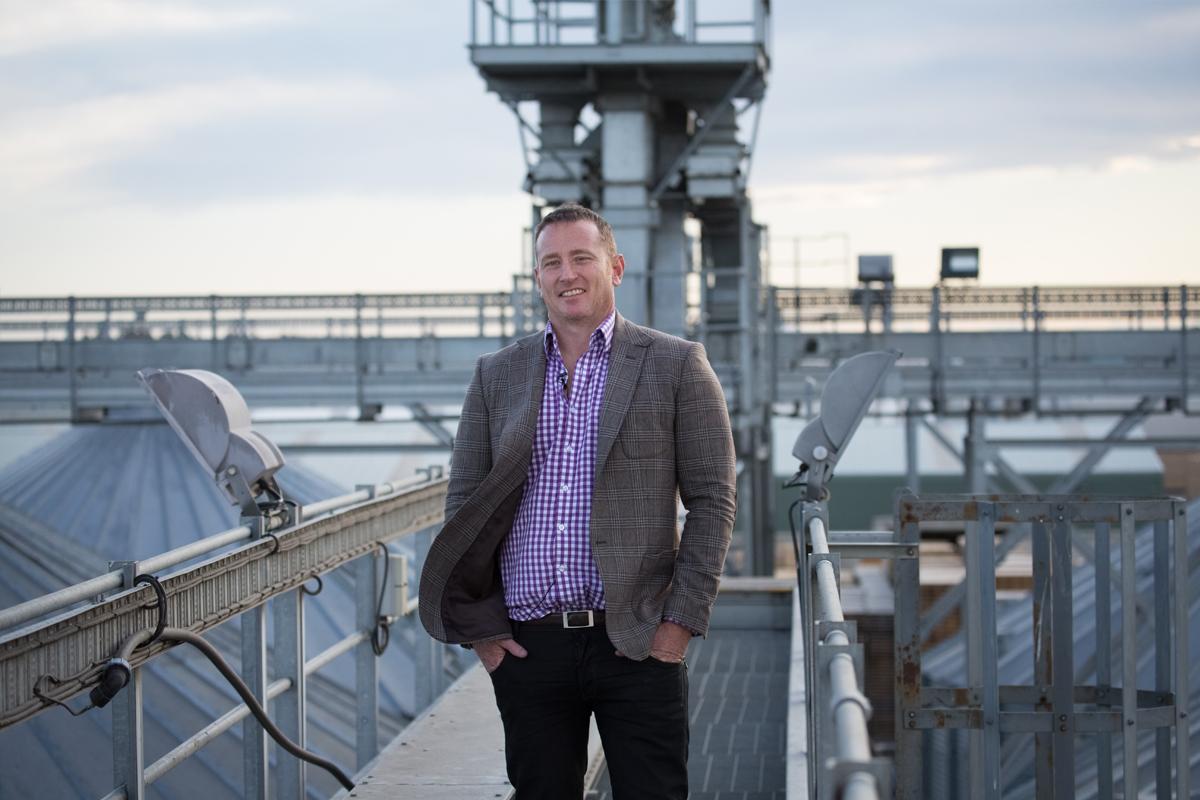 The plant was huge and only at 50 per cent capacity, but the company was market, rather than production driven, said Murney. The crush plant has capacity to process 90 tonne of seed a day, producing 36t of oil and 54t of meal.

About 50 growers supply Pure Oil with rapeseed – known for its distinctive bright yellow flower in spring – with both yields and growing areas increasing. While South Canterbury was the main growing area, supply also came from Southland, Hawkes Bay and Manawatu. A notable exception was the prime arable region of Mid-Canterbury, where the crop was not grown to avoid pollination cross-contamination with high value hybrid brassica seed crops.

Big overseas export growers are Canada and Australia, with the term canola a contraction of Canada and ola, for “oil low acid”.

“The quality of our seed, which comes through in our oil along with the cold pressing process we use, provides the ability to grow a high-grade product,” said Murney. Unlike bulk commodity overseas production, Pure Oil’s cold pressing process uses no chemicals (solvents) or added heat during the oil extraction process. It is also unrefined, preserving its natural colour and taste, unlike many overseas oils which are bleached and deodorised. These added processes eliminate most of the health-giving properties of the oil, which is high in omega3 and vitamin E and has half the saturated fat of olive oil. As rapeseed oil has a high smoke point, it is ideal for deep frying.

As well as producing a high grade unrefined rapeseed oil in commercial size volumes, Pure Oil was also developing branded products. It has already launched an omega-3 rich equine oil, called Leg Up. A combination of rapeseed and fish oil, Leg Up is a supplementary feed for horses containing essential fats and vitamins for a balanced diet. Ezi Cover crop oil is for use in the arable sector, enabling agrichemicals to better adhere to plants for a more effective spraying application. A high-protein meal by-product of the process, once the oil is extracted, was processed into a supplementary feed for pigs, poultry and dairy cows.

As well as its standard oil, Pure Oil also contracted a high-oleic variety for the first time last season which has a different fatty acid profile. This was exported to be used as an ingredient and deep-frying cooking oil. “It’s a bit specialised and niche which suits our business,” Murney said.

North Otago arable farmer Chris Dennison grows 80ha of oilseed rape for Pure Oil each year and said agronomy support from the company had lifted yields. In January, he claimed a world record yield for his oilseed rape crop of 6.31t/ha, heading off the mark of 6.14t set by an English farmer. The record has since been surpassed by two British growers.

Yields had improved with better techniques and timing. “For us, sowing earlier in autumn when the days are warmer has resulted in better establishment and plant survival.”

Oilseed rape was a good break crop. “In terms of profitability it is only average, but it breaks the cereal rotation and alternatives such as peas and linseed are more limited than they used to be. As I don’t grow any other specialist brassica seeds there are no issues with isolation and seed contamination.

“Because it is an autumn sown crop, it takes the pressure off spring operations and also makes it reasonably drought-tolerant, even though we have irrigation. It is also harvested in January, whereas cereals are not harvested until February. So it spreads the workload at sowing and harvest and Pure Oil take the crop immediately, which frees up silo space. So it’s not just about the profitability of each crop, it is how it fits in with the cropping rotation,” said Dennison. Contract prices were set before the crop was sown and linked to global commodity markets.

Federated Farmers arable vice-chairman, seeds, Colin Hurst said Pure Oil was a great initiative as the food market presented more opportunities for the rapeseed oil industry than the previous biofuels venture. Growing oilseed rape requires a significant commitment because the seeds can stay in the ground and stop farmers growing any other brassica for as long as 10 years.